Today I walked in the rain for almost two hours. Sure, after being cooped up inside for three days with very heavy rain I was desperate for exercise. But more importantly, I was depressed. The events in the Ukraine were weighing down upon me. I felt so powerless. I was angry. Once again the poor and vulnerable will suffer at the hands of ego and power.

I wanted to throw a brick at the TV when our Prime Minister called Putin a thug. Not because I did not agree with him but more because of his selective righteousness on selective issues all wrapped in political expediency. Where was his moral outrage when the UN Climate Conference was on? Where were Australian politicians of both left and right when we locked up asylum seekers for 1000 + days against every United Nations protocol we had signed up to?

In December 1975 Indonesia invaded and conquered East Timor. Australia, Timor’s nearest neighbour remained deafeningly silent about this abuse of human rights. Once again, in October 1999 when Indonesia finally withdrew from Timor after the death of hundreds of thousands of innocent Timorese Australia remained silent with a ‘hands off’ approach. In the final weeks as Timor burned and the innocent were killed, ordinary Timorese people (whose grandparents had put their lives at risk giving shelter to Australian soldiers during World War II) begged Australia to send in peace keepers to intervene in the bloodbath. Australia remained silent and aloof.

The Timorese issue was the first time I ever took part in a protest march. I can remember walking through the streets of Brisbane chanting and I remember vividly taking part in silent vigils outside the local defence force offices in Brisbane. I have never felt so naked. What if someone I knew saw me? What if a student of mine saw me walking past? But for the first time in my life I was driven to act. Did my actions achieve anything? Probably not.

All of us have been confronted with situations that we felt strongly about. Often these situations are linked to injustice. Most often it is the powerful oppressing the powerless. Always it is the little people who suffer. Putin and his faceless and spineless generals will still drink vodka and holiday in Black Sea resorts in luxury. Putin will not be sleepless with fear, raped by macho ego driven nationalism nor lose home, livelihood or family. Tut tut slap on the wrists sanctions will be mocked and as always politicians will play games with humanity and human pain.

The situation in the Ukraine did not begin a couple of months ago nor did Chinese aggression in the South China Sea. Australia’s deplorable treatment of people seeking asylum did not begin in some cabinet room of a faceless parliament and Australia’s record of being one the richest nations on Earth while having the highest incarceration rate of its Indigenous people on the planet has been a long time in the making. These issues, these situations begin the first time there is an ego driven choice that does not respect human dignity and human (and Earth) rights AND that choice is met by silence. That silence emboldens their arrogance. That silence feeds their ego and power lust. That silence paves the way for more power over and the feeding of xenophobic worldviews.

When false claims that we imprison asylum seekers because they are queue jumpers and we wish to defend our borders are met by silence and acceptance, politicians with Machiavellian prowess will fall in line for what they know will win votes and elections. Politicians will wheel out the politics of fear knowing it wins and the Putin’s of this world will hide their male ego behind shallow nationalism and drum beating. Each time, in the smallest beginning, when met by our silence, evil is emboldened.

Someone (perhaps the Irishman Edmund Burke) once said, “The only thing necessary for the triumph of evil is for good men to do nothing!”

So back to my depressed walk in the rain. Sure, I am feeling powerless, sad and angry. Sure, I have no faith that politicians will effectively challenge the gross abuse of human rights peddled by Russian megalomaniacs against Ukraine. But what I do know is that I am NOT powerless. I do know that it is within my power (and yours) to speak up, to challenge, to question, to march, to write, each and every time we see injustice. Pope Paul VI once said, “If you want peace, work for justice!” Our small acts of courage, like the ripples on a pond, when gathered along with those of fellow dreamers do create a wave of courage that will make a difference.

Back to 1999 and my shuffling along in the middle of street marches or standing in candle lit vigil for the poor and powerless of Timor and my question, “Did I make a difference?” Perhaps my “Probably not” should be, “Yes I did!” My small voice, my small steps and those of so many others said to those who needed to hear them, “We are with you! We are beside you – as much as we can!” Perhaps that small message bore the seed of hope!

There is an old story of four candles: 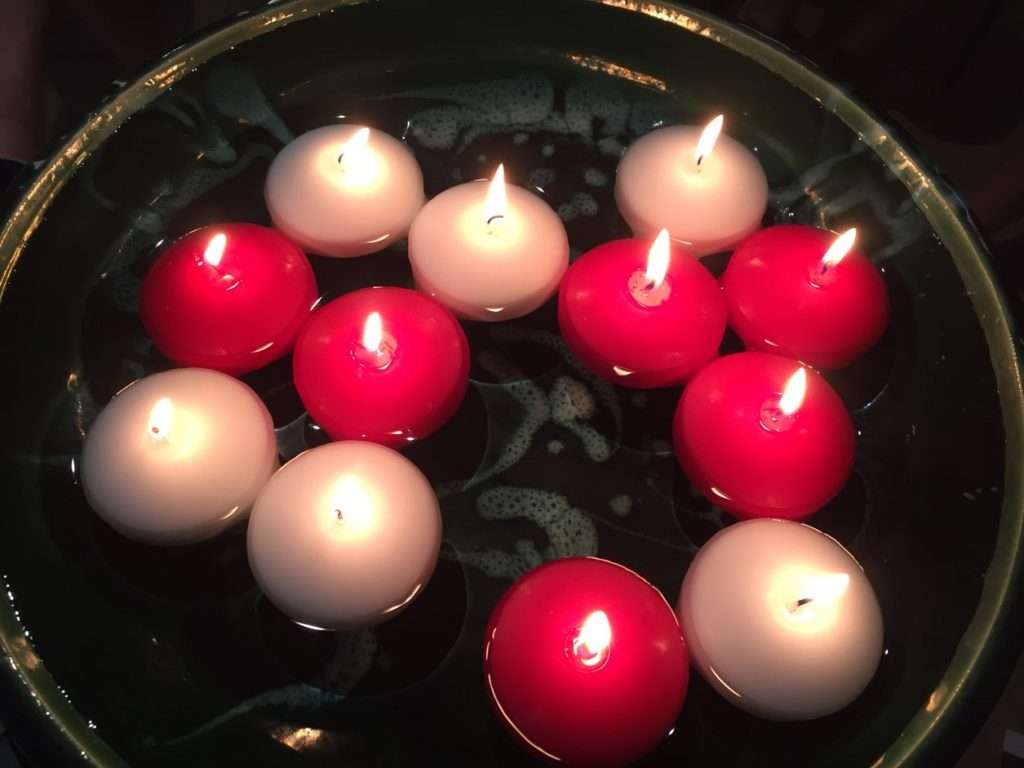 The Four Candles burned slowly. Their Ambience was so soft you could hear them speak… The First Candle said, “I Am Peace, but these days, nobody wants to keep me lit.” Then Peace’s flame slowly diminishes and goes out completely. The Second Candle said, “I Am Faith, but these days, I am no longer indispensable.” Then Faith’s flame slowly diminishes and goes out completely. Sadly The Third Candle Speaks, “I Am Love and I haven’t the strength to stay lit any longer. People put me aside and don’t understand my importance. They even forget to love those who are nearest to them.” Waiting no longer, Love goes out completely.

Suddenly…A child enters the room and sees the three candles no longer burning. The child begins to cry, “Why are you not burning? You are supposed to stay lit until the end!” Then The Fourth Candle speaks gently to the little child, “Don’t be afraid, for I Am Hope, and while I still burn, we can re-light the other candles.”

With Shining Eyes the child took the Candle Of Hope and lit the other three candles.

This simple story reminds me that in the face of all that oppresses us – in the face of aggression and power – hope will always win through – hope whose flame will be kept burning despite the darkest night – if you and  I claim our small voice!

4 thoughts on “Your small voice”

previousBe gentle with yourself!
nextZena