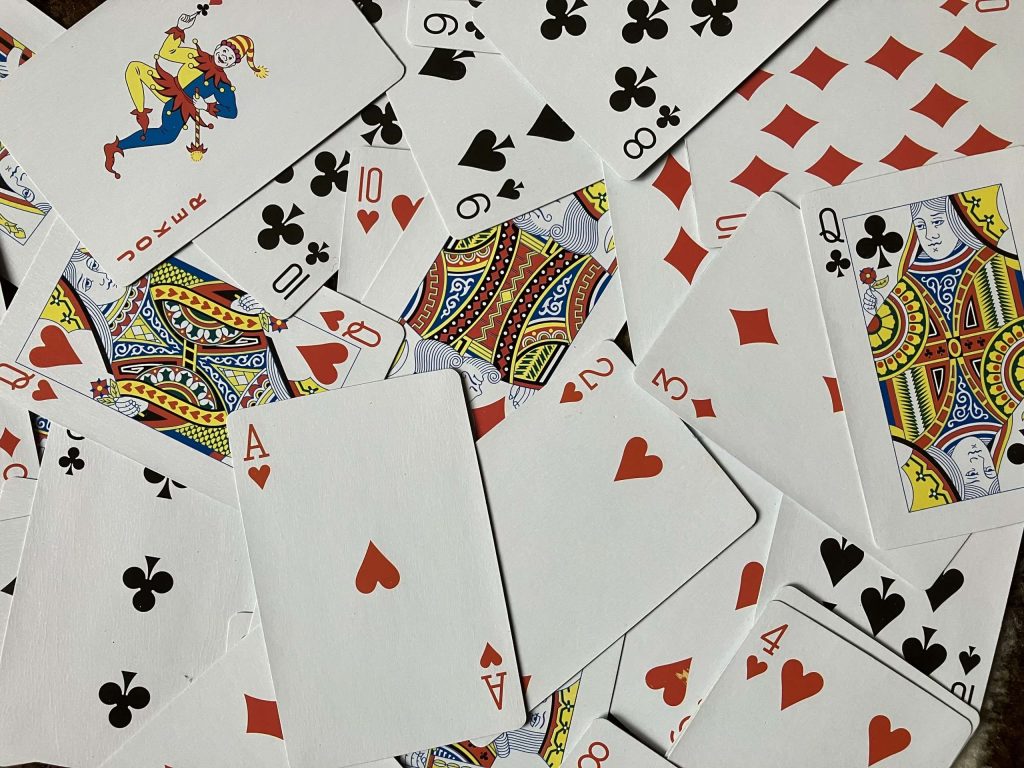 It was Christmas eve and I was home in Proserpine. My nephew Kieran and his lovely wife Jess had their children playing charades. It was great to watch. From their youngest to their oldest and even Kieran and Jess – the creative approaches to movie titles, animals, famous people and more had us all in laughter: a good time had by all. On that same trip home I took to the golf course with my brother, my nephew, Macca and Slugger. Now, my golf resembles a severely hamstrung yo yo doing walking the dog! But we had nine holes of laughter and fun with two of my putts actually contributing to mine and Macca’s Ambrose score.

Many years ago I used to visit Timor Leste regularly to support our Brothers working in that isolated community. Up in the mountains in the Railaco area where the Brothers lived there was often no power – so we relied upon lanterns. Many a night after the evening meal, Br Peter, Br Frank and I would sit down to a game of Rumicon. We would have dogs, chicks and the occasional piglet for company as we sat around a small table in our no walled eating area overlooking the valley. The games were a great deal of fun and on the rare occasion I had a win.

As a young Brother playing 500 was almost obligatory. I will never forget the ‘look’ I would get if I dared to go 7 diamonds without at least one of the bowers. A ‘no-trumps’ call of 6 indicated that you “had the bird” and 6 of pretty well anything else said you had the Ace and perhaps a bower. Oh the frustration when you played with a partner whose only ‘call’ was ‘pass’!!!!! Now, I confess that I am a poor loser and highly competitive when I attempt to play cards – but despite this, it is great fun.

On one Universal Man weekend it was fascinating to see twenty apparently mature men fascinated by a game of Finska. Amazing that small blocks of wood on the ground can garnish so much energy, enthusiasm and competition. It is the first team to 50 points whereby you knock down a wooden block with a number on it. The skill, of course, lays in that you need to get to exactly 50 on the last throw. We were all having great fun until Grego cheated by changing the scoring levels to deny Justin and his team any chance of victory. I think the ‘decision’ is still before the Court of Arbitration.

Play is simple. Play takes us out of our heads. Play creates memories and builds a sense of community and belonging. Play creates perspective. Play reminds us not to take life too seriously (Damien re-read that phrase next time you play 500). Play just is. We are born to laugh, to tease, to compete in a friendly way. The Christmas before last one of my fondest days was when my good friend Finndiddy arrived at the coast with his two young children and the four of us spent a long time building a huge sandcastle on Kirra beach. I was ‘in my zone’ attempting to build a moat around the turrets and outer wall defences.

Sure, we can ‘play’ seriously – and that too is more than OK. Some of my golfing partners at Christmas time took the game seriously (I know that because they appear to be wearing some sort of gardening gloves) – not ‘sheep stations seriously’ but still serious in that it brought out the best in them. Serious engagement with skills on the sporting field or the card table, can help us get into the zone, can lead to creative and left field thinking, can lead to better physical and mental health and more.

One of the challenges is NOT to turn ‘play’ into work. We all need times to just switch off. We need times to just enjoy one another’s company and play can be one of the great mediums to do so. Whether it be the beach cricket, the improvised volleyball game, charades, “I spy” or whatever – play can work its magic. Don’t go looking for the more sophisticated games – sometimes the best games are the most simple. I can remember being at a family reunion at Cape Cod in the USA and found myself in the middle of about ten of the primary school age cousins: we had great fun keeping a tennis ball in the air for the longest time before it hit the ground – I think one time we go to over 100!!

Play, like romance and prayer, needs to be a part of our lives. At times it needs to be deliberately planned for. At other times it will be spontaneous. But our lives will be richer, our physical and mental health stronger and our lives more in balance and gifted with perspective if we can only include a little bit of play in the all too short a number of days gifted to us.

previousPiggy banks: a treasure trove of wisdom
nextElsewhere God – to love another person is to see the face of god.