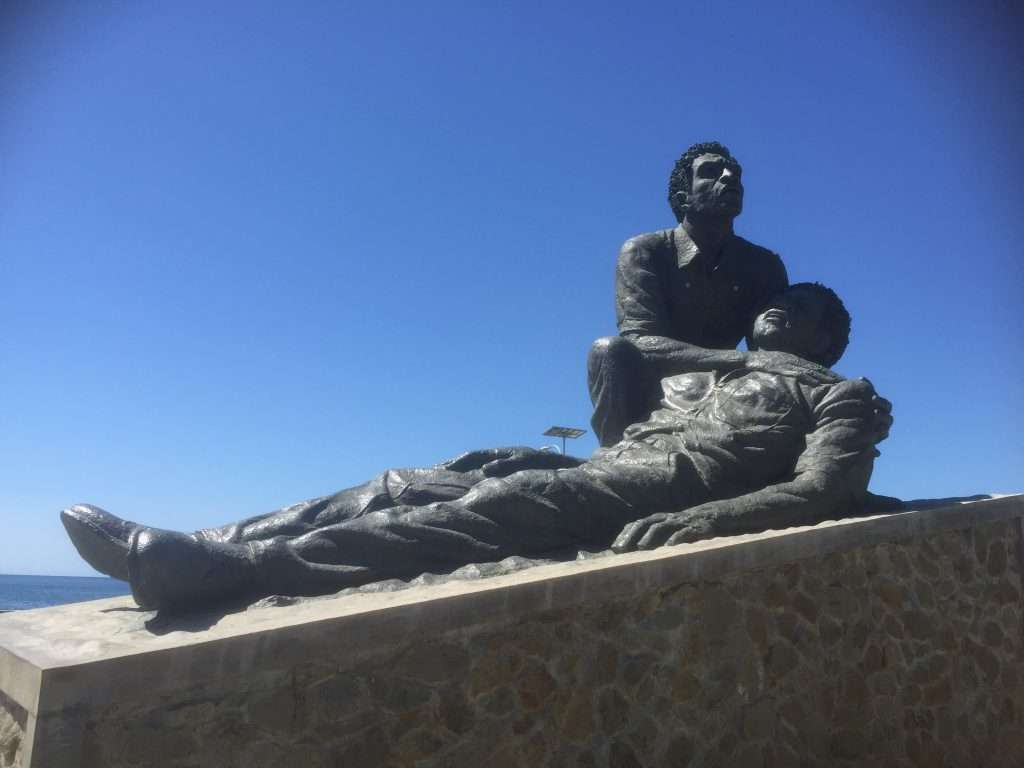 I’m not sure why. I’m not sure why as a young boy the words, “Lest we forget” stuck in my mind and heart. Perhaps it was the sad lament in my mother’s voice as she fondly remembered her brother Joe as a popular and energetic young man within our family and around our home town of Proserpine. Perhaps it was his slouched hat photo having pride of place on the sideboard in the lounge room. Perhaps it was his faded and torn Nudgee College football jersey in the spare room downstairs. Perhaps it was his often looked at name on the cenotaph that I had to walk by to get to and from my primary school.

But whatever the reason all of my life I have loved the Anzac Day rituals, the symbols and the sacred texts that wrap around this special day in the Australian and New Zealand calendar.

But I also remember that from a young age I felt and I learnt that Anzac Day and days like it could not nor should not glorify war. War creates nightmares in survivors. War scars people for life. War rapes. War creates widows, widowers and orphans. War destroys homes. War leaves behind a legacy of fear, suspicion, hatred and brokenness long after any truce is signed.

Most often, powerful men create wars. Men with a warped sense of nationalism, men driven by greed, men consumed by power, men blinded by ego and men distant from any real tangible touching of their lives personally by the pain and loss that is war. These same men rarely really see the physical, emotional and mental scares that the cannon fodder of their greed, ego and power create.

While there is always ‘some’ fault on both sides in war and students of history will attest to that there is most often an ego and greed-driven protagonist. Of course they will do all they can to scapegoat and manipulate truth to justify their evil but time and history ultimately will see truth rise to the fore.

In the meantime, simple farmers and farmer’s sons will take up arms in defence of truth and their and their families’ freedom. In the meantime, ordinary people will find a courage they did not know they had. In the meantime, the small and the great, the ordinary and the extraordinary will face a foe that seeks to destroy truth and freedom, dignity and the joys of living in family, village, community or nation.

So Anzac day is a special day. We do not glorify war. But we do honour courage in the ordinary. We do not get caught up in narratives of power over, this nation defeating that – for we know that every nation is made up of ordinary people who seek to live in peace and harmony. On Anzac day and days like it we do stop and we do remind ourselves that peace is fragile and must be worked at. Peace is built on justice and justice is built on respect and right relationship. So Anzac day and days like it invite us to reflect – ‘lest we forget’ – and to focus our hearts, minds and hands to remind ourselves that each of us and our simple efforts are the guardians of the very things that Uncle Joe lay down his life for.